Let us just say, WOW, crowdfunding is on fire right now! All the campaigns we love that started this week are doing so well, they’ve already reached their fundraising goals. In fact, we’re so impressed, we’re combining “What hit crowdfunding this week” with “What’s hot this week.” But don’t skip the bottom two just because they’re not fully funded yet- they could be the next big thing sooner than you think. Here’s what we found this week:

What campaigns hit crowdfunding this week (and are totally killing it)

Coming out of Austin, Texas is the latest and greatest smartbag we’ve seen yet. iBackPack doesn’t just carry your laptop, it also connects to 3G/4G WiFi and plays music over its Bluetooth-powered sound system. Better yet, iBackPack has four USB ports and an impressive battery life, allowing you to charge devices portably sans outlet.

One of the cooler things about this campaign is the fact that iBackPack is using crowdfunding in more ways than one. Fundraising aside, the startup is also collecting design suggestions, quite literally leaving the look of the product up to it’s users. Winner of the best design receives a seven-day trip to Maui, Hawaii. If that’s not enticing, we don’t know what is.

Sleep is undoubtedly the most neglected daily human activity, which is a shame considering how many health problems arise from it’s absence. San Francisco-based startup ŌURA aims to fix this issue. The smart ring tracks sleep performance and lets the user know how prepared they are for the day ahead.

By monitoring heart rate, respiration rate, body temperature, and movement, ŌURA can determine whether the user needs to go to bed at an earlier time, or maybe take a short walk during the day to build energy. The goal here is to keep the user alert in order to better daily performance. Who doesn’t need that? 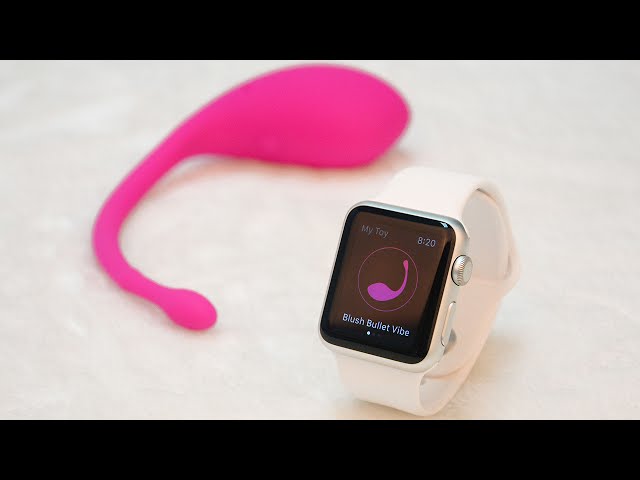 Blush Vibe isn’t the first wearable technology sex toy we’ve seen on Kickstarter or Indiegogo, but it is the most successful- maybe due to the startups’ novel approach. Blush Vibe is not in the development stages just yet, but is instead using it’s early crowdfunding supporters for feedback on the device and its companion app.

Another wireless pair of headphones? Don’t roll your eyes just yet, because Pearbuds may be the best ones yet. They’ve got all the specs you could want from a pair of earbuds: a long-lasting battery life, are sweatproof during workouts, and feature noise cancellation and Bluetooth connectivity.

Best of all, Pearbuds doesn’t skimp on the sound quality. These headphones are CD-quality, so you can get that great sound without sacrificing size, comfort, or wireless capability. Pearbuds reached its fundraising goal (and then some) in an incredibly short two days, so they’ll be shipping their product out in March 2016.

What campaigns could use some love

In the Internet age, passwords rule everything around us. They keep our accounts alive and our information secure- that is, until our favorite websites get hacked. We all know that coming up with unique, complicated password combinations can be difficult. The inventors of PASSFORT saw this was a problem, so they created a small device capable of holding password information in the most secure way possible.

PASSFORT has the ability to store 100 passwords that can be uploaded and edited on a sync app (compatible with Mac OS, Windows, iOS, and Android systems). In order to access passwords on PASSFORT, the user must enter their own unique combination. It’s a sure way to keep you safe.

Imagine you’re jotting down your notes on a piece of paper and you have to make copies of these notes for friends, classmates, or coworkers. Instead of running to the nearest copy machine, Paper4Everyone allows you to send these files over the computer without having to take any additional steps, since the smart pen network collects digital notes from normal pen-to-paper contact.

Paper4Everyone’s pens record your exact pen strokes and sync this data with a connected computer (you can even sync later if you want). The network has the ability to connect to multiple pens, so all notes are visible on one screen without hassle- a practical solution for classrooms or conference rooms. Paper4Everyone’s Kickstarter campaign ends in 10 days, so if you want to help out, don’t wait any longer!