5 big-picture people to watch in wearables this August

This month’s picks are all involved with wearable technology, obviously, but they each have a little something extra. Whether it’s approaching wearables by creating community chapters across the country or by using them as a springboard for female involvement in a mostly male-dominated sphere, each of the players below see the “big picture” of the wearables revolution. And, most importantly, each are determined and forward-thinking enough to not be left behind.

Tom Emrich, Founder of We Are Wearables Tom Emrich is the man behind We Are Wearables, an organization focused on bringing together members of the tech community to discuss and innovate within the wearable tech realm. Already boasting chapters in Toronto, Chicago, and Ottawa, the organization’s website states, “If you are a startup, entrepreneur, investor, brand, marketer, developer, designer or just an enthusiast come join the movement.”

Emrich is on our list because he created the first — and larges — wearables organization of its kind. Meetups include presentations, panels, tech demos, and networking opportunities, and Emrich encourages any and all to start their own chapter in their city. It’s sort of a grassroots wearable tech movement, and that’s something we can always get behind. Chipps is a computer programmer who partnered with Brooke Moreland and Maria Paula Saba to create Jewelbots, the “friendship bracelets for an iPhone era.” Essentially, Jewelbots give young girls the ability to program their bracelets to behave in certain ways when around their friends, like changing color and vibrating.

But Chipps believes there to be an educational facet to Jewelbots. In 2010, she co-founded a nonprofit by the name of Girl Develop It!, an organization dedicated to getting females into coding. As an advocate of recruiting girls to STEM fields, Chipps believes Jewelbots to be a good first step in awakening that technology bug.

The Kickstarter campaign ended on August 7, having reached over $166K (the initial goal was $30K) — and even Bill Nye supports it! We are eager to see how Chipps and her partner influence the wearable technology sphere, all while supporting girls and women everywhere.

The Portugal-based entrepreneur set out to develop wearable tech capable of extracting detailed data from human movement during daily and routine activities. Founded in 2007, the aim of Kinematix is to take wearable tech to the next level; that is, “to build the next generation of wearables, which would provide more than just information: movement knowledge.”

That is precisely what Tune, the company’s newest wearable device, aims to do. Composed of sensor-equipped insoles to be placed in your running shoes, the device measures a startling array of paramaters (footstrike, ground-contact time, heel-contact time, etc.). Kinematix takes simple quantifying stats like step counting and gives it the impactful feature of movement evaluation. 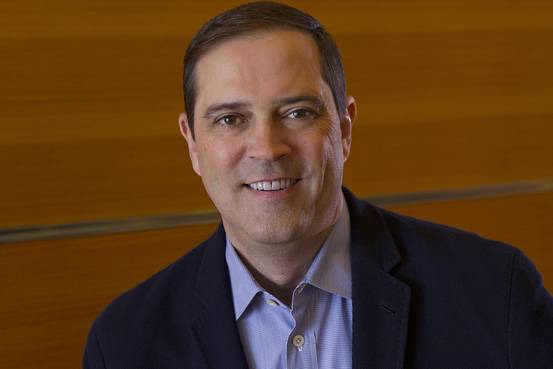 Robbins believes that the changing tech marketplace means a new wave of tech use. He imagines “the Internet of Everything,” where an exponential number of connected devices would ultimately mean GDP growth for entire countries.

This sort of large-scale thinking coupled with his determination to move quickly in a marketplace currently flooded with tech manufacturers represents the sort of thinking all CEOs should employ.

“I believe that as a company we have to be able to move as fast or faster than the whole industry’s moving. It’s going to require us to execute more quickly, make decisions faster, deliver on our technology commitments faster, speed up our development cycle and every thing that we do,” he said recently. Starter has been around for a while, which is exactly why he’s on our list. By a while, we mean he began developing smart eyewear in 1993 for the purpose of recording notes during class. While Google Glass was largely considered a failure, Starner is convinced that smart glasses are an inevitability — and it’s hard not to see his point.

“Wearables, if you’re doing it right, let you use the electronics less,” he recently said in an interview at the Computer History Museum. It’s only a matter of time before his genius creates the next big Google enterprise.